It’s a genderless world and we’ve been exploring it since a hot minute. Fashion only has a photographic memory, but you can look back to the 30’s, where flappers suited up in pinstripes to dance at the Monocle Club. Followed by seventies rock stars who peacock-ed in glittery frocks to get all the teenage girls. But today, androgyny is just about being. Whatever you want to be.

My last androgynous shoot dates back to last year with Karim Mousseau and Catherine Fouquet, you can check it out here. It was inspired by the 80s, when it was cool for boys to be girls and girls to be boys.

But this time around, it’s a different angle. Working on Rayne,  I wanted to skip any major makeup, and shoulder pads. I wanted to focus on just the beauty of someone’s face, and everything else becomes an accessory. It’s fun to use makeup to enhance beauty, which can be seen as something feminine. Only because it tended to be men behind the camera photographing women. Even though I’m quite conscious of this side of beauty, it still is a stretch to see beauty as just something that can exist on it’s own. For me it was an exercise in working a face from that angle.

I chatted with Rayne during the shoot. He has been exploring this state of gender-less in dressing and being. He’s very matter of fact: it’s just clothes, it’s just play.  I wanted to reflect his no-nonsense way of being, while making a few nods to the history of androgyny.

Hair by Cristal Han from Fleur.Tzigane.

I used NARS Creamy Concealer all over to even out the complexion for the camera. On eyes, M.A.C. Limited edition cream eyeshadow palette by Diane Kendal. On eyebrows, Tony Moly eyebrow pencil in black. 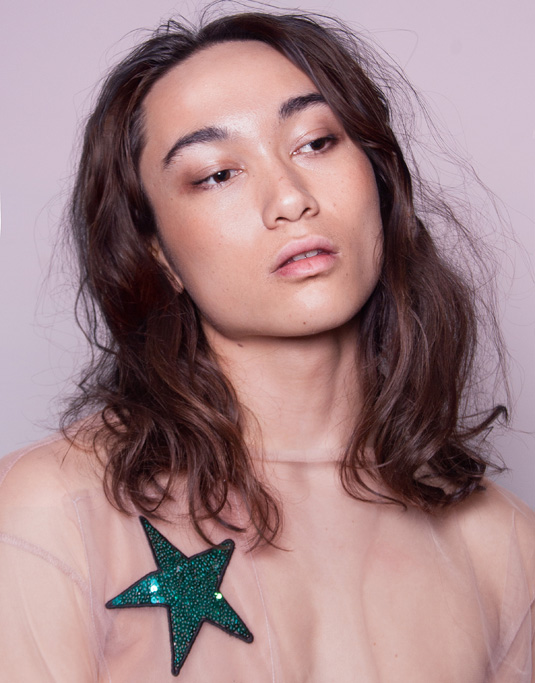 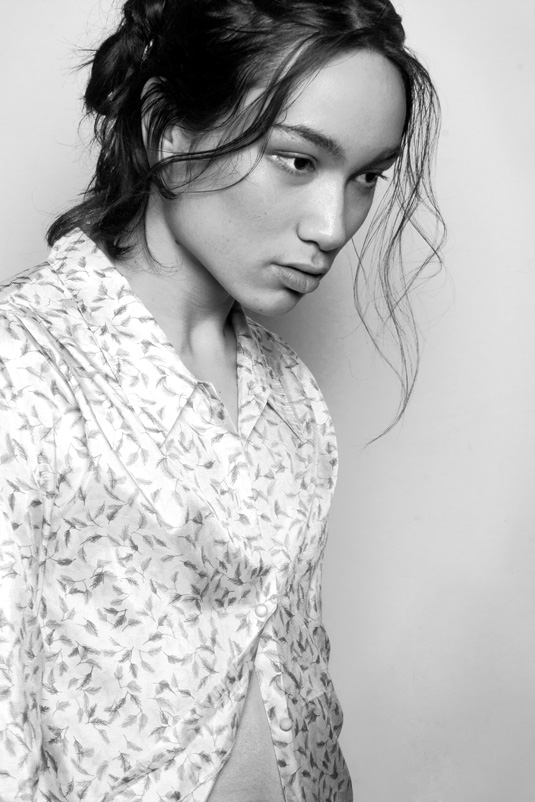 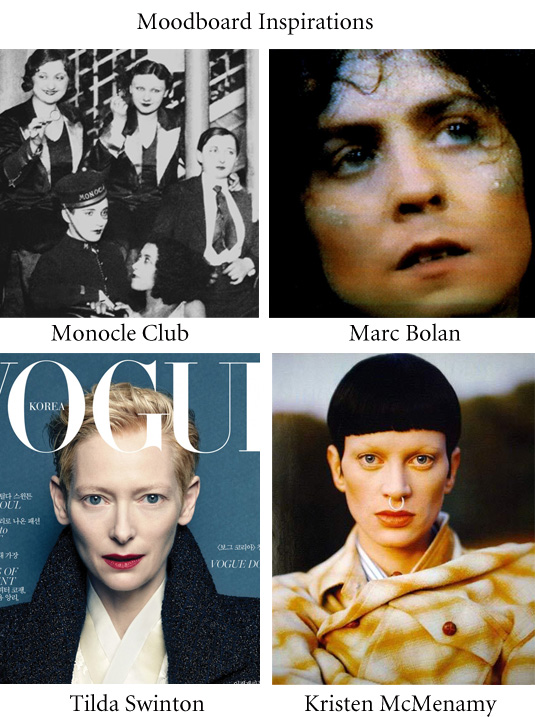