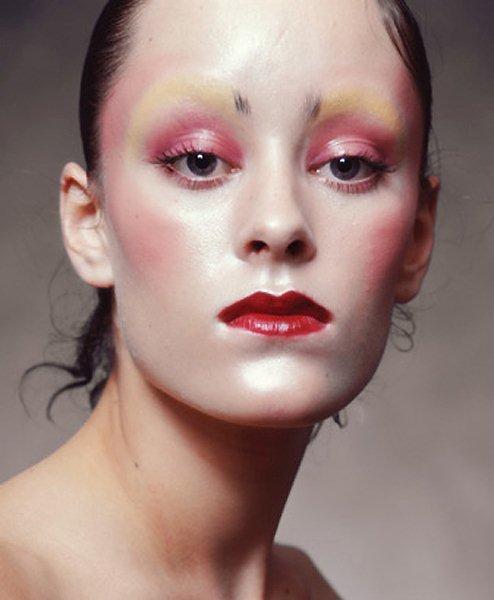 Very few people know about Jane. There is something magical and fearie like about her. Her face stylings have had a major influence on those that came after. A tribute to a stunning face and incredible makeup talent. Self-portrait was edited to remove scars

Jane Forth was one the last Warhol girls. Although Andy didn’t really appropriate her image to sell anything, she managed to make a space for herself on the New York scene. Jane Forth was one of the first western people to use kabuki makeup as a fashion statement. Prefacing David Bowie’s look that was later created by Makeup Artist Pierre Laroche. She was one of the first photographed artists to use references to Kabuki and Chinese Opera stage makeup. She made it very minimal, a somewhat Geisha aesthetic, which combined with her unusual features, made her an inspiration for people who would follow. Not because of any cultural movement, but simply for the urge of being creative, perhaps one of the first “club kid” style.

Since Jane’s makeup is very dependent on her features. I based the makeup around my own bone structure. My cheek bones and brow bones don’t stick out as much as hers, to compensate, I draped a blush in a very Chinese Opera style. I used Nars Exhibit A to get a pinkish red flush on cheeks an lids. Instead of the red lipstick, I used pink lipgloss to make it more current. And because there was a lot happening, I wanted the lips to remain on the same level as cheek and eye colour. Although not minimal, I think it’s a good variant.