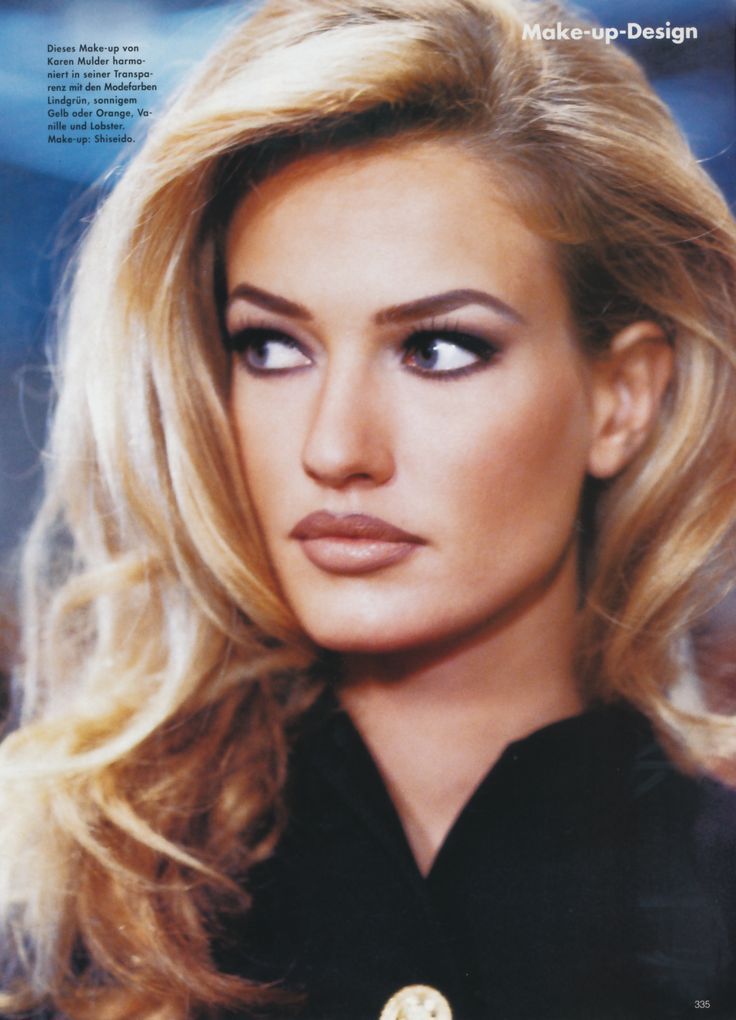 Bewitched by the 90s – boldly slaying the smokyness

In love with nineties vibes. When I’m searching for makeup inspiration, I’m always bewitched by the glam sirens of the grunge decade.

Blame it on the nostalgia of having been a teen In the nineties. You had Glamazons and then Waifs. You had Versace and you had Nirvana. I can remember when the pages of the glossies were full of models that looked like actresses: they were womanly, sexy and worldly. And they gave me that thrill, that excitement through this very womanly-ness that they portrayed, especially between 1990-1996. Linda, Naomi, Christy and Cindy weren’t dressed in “fashion”, but they wore clothes. I think we’re missing a bit that grown up fem energy. Maybe it’s not trendy to be over 30 and look like you’re a business woman. But as much as I want to rock a cut crease À-La-instagram, it just doesn’t work on me! Smoky neutral eyes will always be in fashion: because it just works.

BROWN? THE COLOUR OF GLAM?

I’ve been fan-ing over 90s images from my magazine stash, where makeup masters like Kevyn Aucoin and Francois Nars did their magic to channel Hollywood in a new way on the gorgeous women. Browns, taupes and caramels were the colours of choice for this new “Heavy Natural” look based on makeup techniques that had been evolving since the 70s. A look that was pioneered by makeup artist like Joey Mills and Way Bandy. The blush and contour are taken from late 70s disco makeup, just done in beige tones. Eyes are smoked out just like in the 80s, but with brown shades and skin tone colours. It was strange and wonderful how these rarely-seen-on-the-face tones were creating a “natural” sultriness that hadn’t been seen since Brigitte Bardot.

This year, I’m not in the mood for a major costume. Maybe because I dress up all year round! But the vibe felt like I wanted to channel a sexy siren, or at least a grown up woman. The kind you find in Helmut Newton and Peter Lindbergh pictures of the 90s. And since most of us have been staying inside and wearing sweats and a mask. The idea of just to be able to be polished–again, is feeling more and more like a step in the right direction. Maybe I’m not the only one that finds it alluring to be able to look great again?  And when it comes to an every day elevated-glam, Kevyn Aucoin’s smoky eye is just perfect.

I haven’t used much navy-blue eyeshadows on myself in the past , but it seems to work with my now ash/grey hair, much better than with my natural auburn (the colour of my hair before I became a mature grey).

The look was done using mostly Natasha Denona’s Safari Palette, ( I also used the blue shade from Scott Barnes Glamazon palette) as well as from her Metropolis palette where I used specifically the taupe shade Azoic, the orange toned Stain, and an olive shimmer Shield (lower lash line). Lips and cheeks are custom blended to emulate 90s brownish taupes. Use MAC Duck eye pencil as lip liner and mix a medium beige lipsitck with a browny tone to get something that approximates the 90s.

See the full glam up on my Instagram Reel! www.instagram.com/makingupthemagic.com