Short is on the rise! After so much long hair obsessions (and extensions), it’s all about the cool girl who wants to keep it simple and lovely. Cue in my friend Joyce, with her super short hair, for some makeup fun and photos!

She already inspired Sweet Little Nothings, with her no-makeup look. This time, I thought it would be great to feature her quirky, yet totally cool beauty. Being of mixed heritage; French and African (Réunion Island), has given Joyce  cat-like green eyes, a full mouth, razor-sharp cheek bones, and a unique blend of French nonchalant chic and African raw grace. And the most beautiful skin I have ever seen!

And any girl with African heritage will tell you: curls are a lot of work, a lot. Being a ceramist and artist with a busy life, she opted for a super short buzz.”I  buzzed my hair for the first time at 19. A hairdresser gave me a bad haircut… and I thought I would cry when I decided to shave my head. Instead, I felt the most amazing feeling of freedom; I realized that my hair didn’t mean that much to my femininity. This is the longest I can wear my hair, she says of the length she is sporting in the images, I can’t wait to buzz it!!!”

“It makes me feel fierce. It’s quite liberating from the standards of female beauty. Strangely, I get a lot of compliments from other women, who want to go short. And even if it’s androgynous, boys like it a lot. It opens up this new erogenous zone: with the back of the neck, and the slope of the shoulders, that is very feminine! I’m a very casual kind of girl, I like jeans and a t-shirt, so it’s a perfect fit, all around.”

Her normal makeup go-to’s are Rimmel London in Berry Queen and Peri’s Cushion Lips which we used, and always some mascara, with liner smudged into the lash-line. I attempted a smoky on her, but it didn’t feel right, because eyes tend to look made up much faster than a pout, especially on Joyce! And we wanted to keep it interesting and cool, just like her. And when you have short hair, it’s the perfect excuse to step out of the proverbial makeup box!

For the photos, we chose a black jacket she got at a thrift store, a nod to the smoking king himself, Yves Saint Laurent, who also liked androgyny and always had African models in his runway shows. For the more natural looks, I worked with blush tones to add dimension to the face and get the “bonne mine” effect, the French version of the “glow look”, yet in a sophisticated way, by sticking to mostly matte textures. 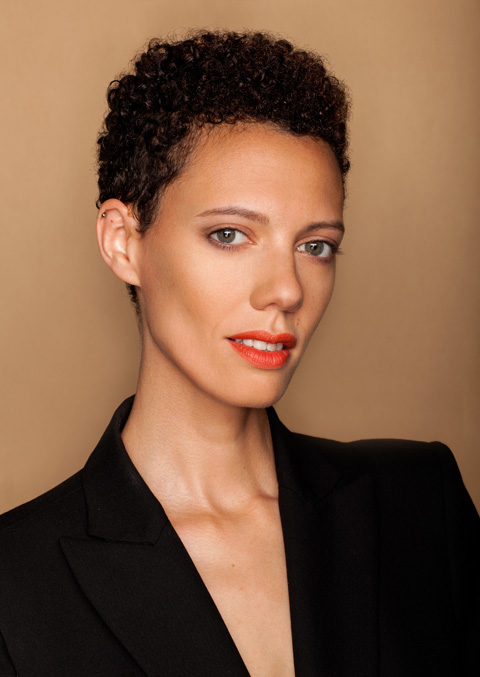 For the first look we used her favorite lip product, a Korean brand called Peri’s Cushion Lips. I mixed “Secret Trip” with “Two-Two Day”, for an orange-y/coral matte finish. On eyes, some grey pencil eyeliner smudged with grey shadow. Chic and summery! 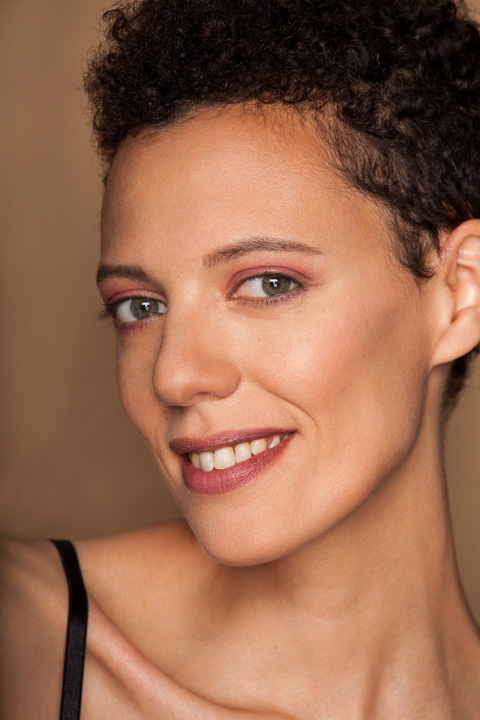 Second look With an olive/tan complexion, a nice mauve-pink shade is always a winner to get that “bonne mine” effect. I used Stone by M.A.C. as a stain to deepen her natural colour. On eyes I used the Maybelline Dream Bouncy Blush in Plum Wine to contrast against her skin tone. 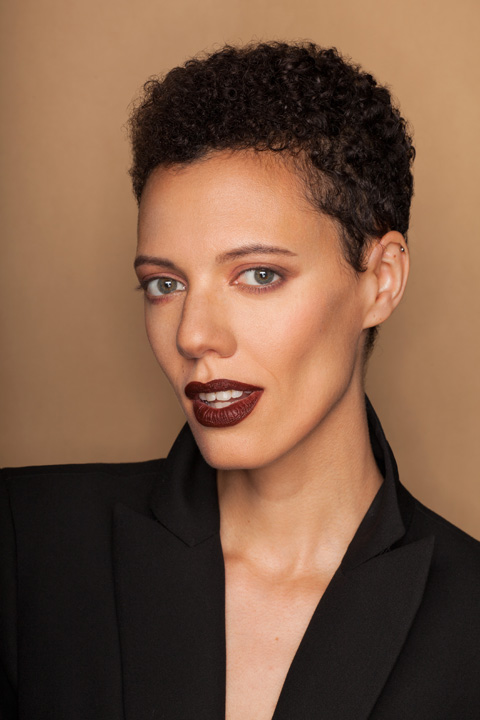 Third look we went all out on the lips! I used Antique Velvet by M.A.C. and applied it very generously, using Chestnut by M.A.C. to line the lips. A few swipes of Clump Crusher by Cover Girl in Black. With the black jacket: perfectly bold and chic. 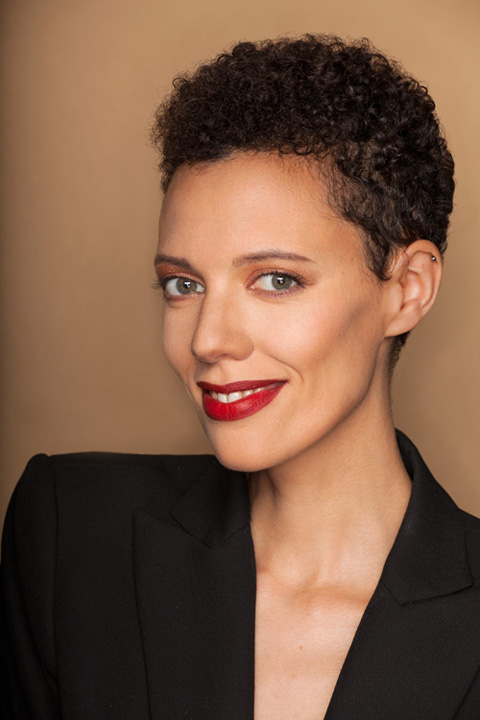 Fourth look we did another statement lip, this time, the classic Cruella Velvet Lip pencil by NARS, a blue toned red that is very chic, I kept the liner from the previous look, and I added some gold shadow to the eye for an intensely Parisian look–very Garance Doré. 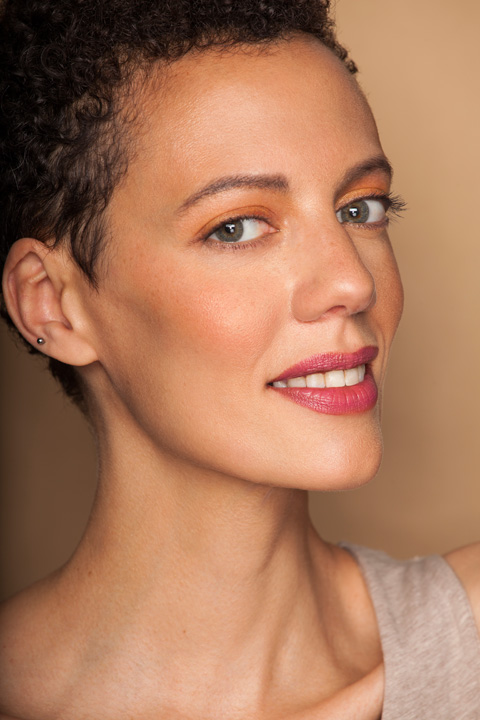 Fifth look, Is the I-just-got-back-from-vacation. I layered Chanel Les Beiges Healthy Glow Sheer Colour Stick in No 20 and No 22 to create that sun-kissed glow. On the eyes, I used Make Up For Ever Flash Colours to get a sunset effect, and on lips I used another mauve color, Chanel Rouge Coco in Suzanne.

For base Makeup I applied very lightly Shiseido cream Hydro-Liquid foundation, with Sephora’s mineral foundation brush, enough to make it camera ready. I used Chanel Les Beiges powder for a matte look to showcase her flawless skin, and the Cover Girl Clump Crusher mascara (her favorite mascara, as she hates clumps), first in brown, and then in black. For her eyebrows I used Anastasia Brow Whiz in Concrete to fill them in, but not too much, as she has very thin brows in real life.