It’s been a crazy two months, between working my ass off for the holidays and changes at work, I haven’t really had time to make any new “Makeup-On-A-Model” posts. To be honest, my mind was a huge blank. But I’m back with a lot of help from a makeup friend.

GOOD FRIENDS LET YOU MAKEUP (their face)
I met Vanessa through a project for a friend about two years ago. We hit it off right away. We often get coffee and we talk about makeup and life. We talk about the products that we love, and we also exchange tips and stories about our experiences. It’s really non-competitive, and we challenge ourselves with project ideas when we feel we’re in a rut.  I did throw around the idea of taking pictures of her, and she seemed to be into it.

After spending 2018 shooting and making up mostly teens, I was in need of change… That’s what ADD and obsessive compulsive behaviour do when combined together: you need change, but you want some repetition. I wanted to put Vanessa in a glamorous world, because that is just what happens when I flow. All those years lapping up George Hurell and Newton portraits will influence you in that way. So really beware what you let into your brain.

BEING MORE OF A PRO
There is not a lot of challenge with young, flawless skin and faces. Not that Vanessa’s skin is not beautiful–as you can see. But the face becomes more defined: and it’s easy to make it look harsh and overdone. Knowing Vanessa, I also wanted to stay true to who she was. I just wanted to translate it my world of smoky and sexy glamour. Because hey, who doesn’t want to be a femme fatale for a day ? Vanessa totally trusted me in this process, and we made some magic together! It’s my favourite thing in the world: when that magic happens. I think it’s why I do, what I do. 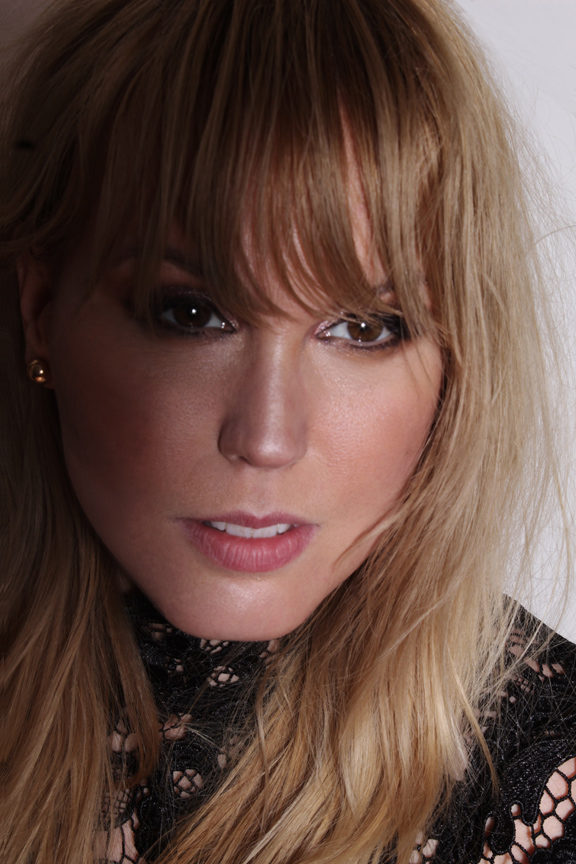 MAKING UP THE MAGIC
Yes, I’m also coming full circle with the idea that the image of beauty can be for everyone. Beyond the Instagram mold, and makeup trends, the challenge is to find someone’s beauty within those contexts, without loosing their individuality. Although this is my interpretation of her beauty, which is heavily influenced by Hollywood glamour portraits, and fashion magazines. I have come to the understanding that it’s the filter with which I work–and that is ok. You do have to admit, there is a pleasure in that kind of an image, as it also brings power to the one who is in the image. In this case, this photography style suited her features and the character we were trying to create. I did a good job of avoiding the “male gaze” of overt seduction. We both worked on creating an image of a woman that is strong, yet vulnerable. During the shoot I would show Vanessa the images and she would work herself into the characters that appeared. Being a pro herself, she knew how to work the image and work the camera.

MAKEUP – HAIR – PHOTOGRAPHY & LIGHTING
I went ham with the eyes, because I wanted to use bright lighting: very Hollywood-esque. It’s what gives that glamorous vibe to these pictures: that spotlight effect. We tried with hair tied up, and with an orange top. The character is much different, but the makeup is the same. Vanessa played around with her hair. She threw it around like a lioness. I stayed true to my style of heavy eyes, and bare lips, also because she has wonderful natural shading. I did some basic editing, but kept the skin looking real with the foundation and also working my Jlo glow with my own bronzing techniques to give her cheeks that buttery-brown-y-peachy hue that goes so well with a smoky eye.

We were experimenting with hair and clothing to see what characters we could create.