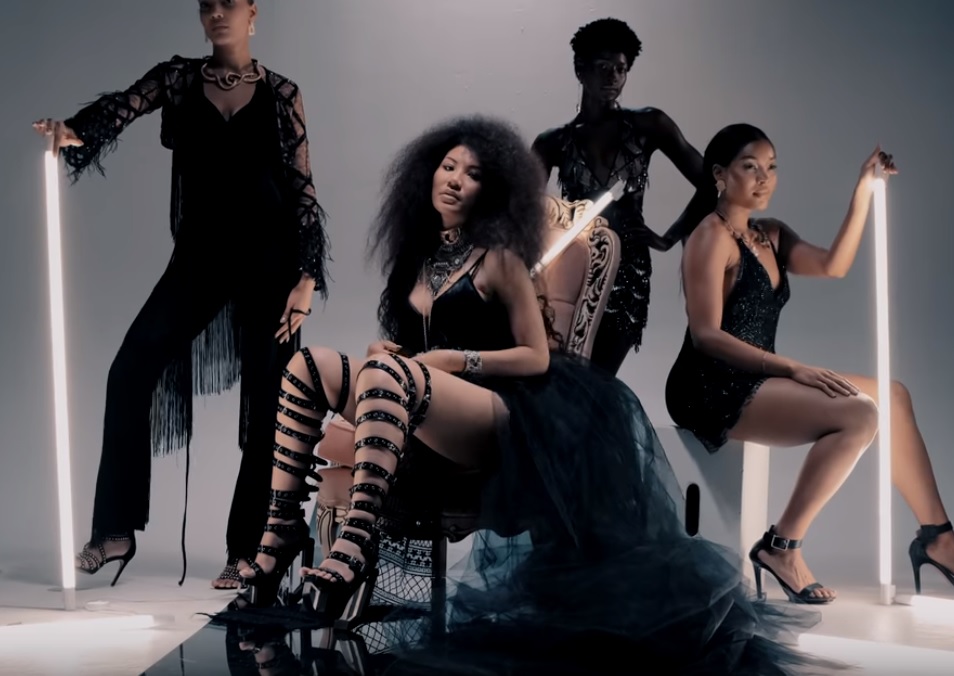 It’s been a year of revision of priorities. Instead of working  on 15 beginner models, I’ve been working on a few select faces. One of these being mine, which has been quite a wonderful surprise for myself. The other  “regular face” has been a colleague who turned singer and songwriter.

THE BACKSTORY
I met Cristal about 3 years ago, on a shoot where we worked on models for an agency test. And I really enjoyed our camaraderie. I’m also interested in singing, but I was a bit more “vocal” about my dabbling into Karnatic singing. One day, she burst out shyly: “I sing too”…. I was surprised! But she had already made 4 demos (and I’m signing in the shower). As I listened to to the songs, one day on her phone… it was really good music!

As she got the courage to climb into the spotlight, because, it does take a lot of courage to put your face out there. I was cheering her on, with a few other close friends. Being a makeup artist she respected, she asked me if I could do her makeup for her video. Well here I am: someone’s main squeeze makeup artist.

VIDEO FIRST
The video was shot in July, and there were two other makeup artists to help out… shout out to: Vanessa and Stephanie. With a full ensemble cast of 12 extras, this first video project was a tad daunting. The other impressive thing, is that she also came up with the art direction and the visual ideas for the story lines in the video. I was a bit frazzled by the complexity, for a first video, but my friend sees things larger than life. It’s still amazing how differently makeup translates from videos to pictures. And I’ve decided to start filming myself putting on makeup and seeing how it all works. But that’s yet another story.


SAME CHARACTER DIFFERENT LOOKS
The second and third projects were working with two different photographers on portraits of Cristal. The first photographer: Ben CK was a friend of hers, and she commissioned him for promo shots for the album. While the second one, Sergei Bergen, was someone who had approached her a while ago to do a series of “exotic women”. In both cases Cristal wanted to look like herself. One was more her signature look: fresh skin and black winged liner, and the other look was more of a smoky eye situation.

Although, In my agency work with beginner models, I was used to creating characters that were more eccentric… This time, it was about keeping continuity with the same Cristal, but making different versions of her. She also likes to wear very busy outfits so the makeup had to flow well with the clothing.

LAUNCH TIME
We launched the video on the 26th of october, and she is already working on another video for a recorded, yet unreleased song, and planning a promotion tour. It’s exciting to see how my friend will evolve her persona. This has made me realize that there is a sort of immediacy about fashion and photography work that can be jaunting, yet refreshing depending if you’re always working with different people. While working with artists on their projects, and helping them find their camera ready face, has a more sustaining quality to the work, which I have to say, I’m quite enjoying.