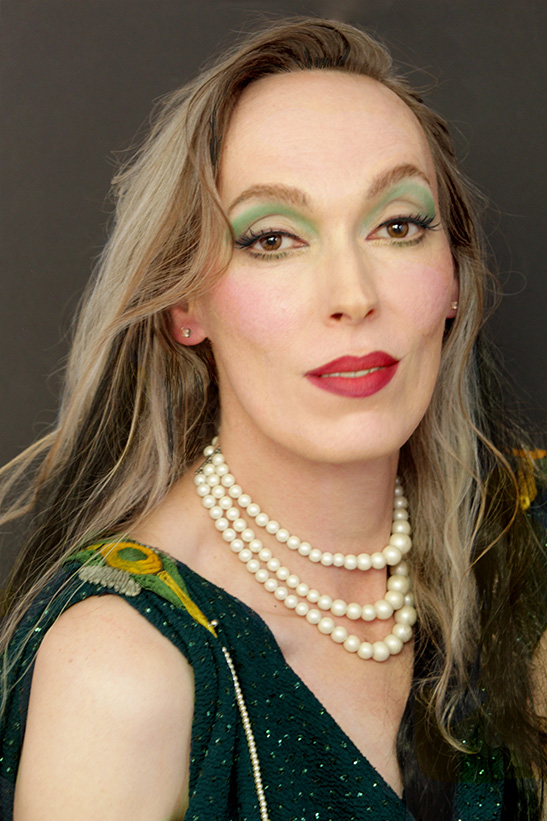 The exploitation and history of the Femme Fatale and Bad Girl, or the comedic appeal of female power gone wrong.

When I first heard Billie Eilish’s “Bad Guy”, I thought it was genius! The unassumed delivery of whopping Bad Girl statements. Schizophrenic jingle-like notes hover over a thumping, deafened bass. The song is not about any bad guy, it’s actually about Bad Girls. It shows how disjointed are our idea of female power (and sexuality). Thank you Billie for reminding us.

A BRIEF HISTORY OF BAD GALS
Good girl, bad girl, Kinda like Cruella’s hair in the subsequent real actor movies. In the visual language of our European based culture, we are still grappling with the black and white divide, which is still a bit of teenage way of seeing things. Almost 60 years after feminism and the pill we still evaluate a girl/woman behaviour and presentation as a benchmark of how Bad she is.  And, yes, I see you judging that girl who is baring her midriff.

DISNEY’S VILLAINESSES ARE CROW-ING
My reason for getting on my soapbox is that Cruella 2021 is being released. Looking at the visual character, it’s clear that the classic Femme Fatale is still at play. The usual things (sigh): vain, manipulating, who wants power and money. This is Disney’s second backstory to one of their most loved/hated villains in the canon of their villainesses. The wonderful thing about Disney’s Bad Girl brand as it is, is that they are deliciously predictable; a sort of bitchy femme version of a drag queen, delivering juicy one-liners. The impression it leaves is that bad women are some sort of vaudeville performance of what a man thinks a bad woman is. These women are deliberately drawn so they put on the guise, but under that veneer, all they want is power, revenge, rather than to marry and reproduce. And this somehow makes them less of a woman (black/white polarity again). Maybe even queer! I won’t go into the queer coding of villains: there are plenty YouTuber dissecting Disney material. So let’s move on!

BAD GIRL, A TWO-DIMENSIONAL MASK?
But the REAL question is: “Why is the Bad Girl always portrayed as two dimensional?”. I see a strange parallel to the story of how Jim Crow was created, as accounted in The Warmth of Other Suns, Isabel Wilkerson’s journaling of African-American lives in the USA.  Jim Crow started out as character created by a white man called Thomas Dartmouth Rice. He portrayed a sort of flat caricature, a catch-all Bad Black Guy, in his travelling vaudevillian show. Jim Crow became an embodiment onto which he put all the culturally perceived treacherous behaviours of African-Americans as seen by Caucasians. This racial-drag/comedy caught on to the point where several Black Faced theatre troupes formed and emulated the quintessential Jim Crow, a tradition that played out into the early 1970s.

DISNEY VAUDEVILLAIN
When we look back at Disney’s first female villain, in Snow White & the Seven Dwarfs (1939), The Queen is a complete caricature (so is Snow White, btw).  Is it a coincidence that she was designed this way? I doubt it. To truly portray bad people, is taboo, but there is something inherently entertaining about a black and white villain, that you can easily call out. I would even say that there is a strange titillation of playing and/or becoming something, you are socially supposed to revile, that is also a comedic characterization. The portrayal of a Bad Girl falls into the same vein of comedy-titillation as Jim Crow. Just as Blaxploitation movies were a form of titillation and fetishization. It’s to be noted that most of the economy of the South was built on the labour of the African-American. To make fun of them was, at once, a way to take away their power, and to dehumanize them.

LET THEM EAT MAE WEST
One of the first talking Femme Fatales in Hollywood, Mae West, knew how to entertain while being a funny Bad Girl. Her career was built on portraying a perception of Hollywood’s newly minted iteration of the witch: as a modern Femme Fatale. She enabled her audiences to live through her performative Bad Girl-ness, their own fantasies of being one, or seeing one in action. Like watching a shark documentary, people delight in their fear, thinking they have seen something dangerous up close, it gives them a sense of power. But it’s all a performance, of what people think a Bad Girl is. A sort of Bad Girl Mask/Face.

FEMALE POWER IS STILL TABOO
Are the FemmeFatale/Bad Girl characters, just a fetishization, a titillation of a scary Witch archetype or is she actually real? For now, female power is still being seen through the eyes of a patriarchal lens that defines male power as the right way to rule and shows women who attempt to use masculine traits to gain power as a caricature and unnatural, and to be made fun of. Although these aspects are lessened today, they are still present. We still see women taking power as something unnatural, even by other women. And perhaps the worst characterization is that of mature women taking power: because they are vain and jealous of younger people.
Under the guise of entertainment, these flat personifications of Bad Girlsultimately make women afraid. The underlying message focuses more on the negative side of those who have chosen to rule without a man at the helm. But the fact is: women can be great leaders and be more considerate and caring than any of these Disney witches/bitches show.

REAL ROLE MODELS OF POWER
Perhaps it’s time to redefine female power as something normal. If more women were allowed to tell their stories perhaps, we could do away with these patriarchal caricatures. There is more than one way to take power. We need new female archetypes of power, not The Evil Queen, but The Queen. And the closest I’ve seen to this is, ironically, Disney’ backstory to Maleficent.

NOTES ON THE CHARACTER CREATION
To create a more modern version of Cruella, I decided to start at the hair. The design of the hair by the illustrators in 101 Dalmatians was meant to show the peppery hair of an aging woman, and they also hint that she is an unkept hag due to the lack of styling of her ragged mop. I decided against the black & white hair, which brings the character into the personification and drag realm. Instead, I experimented with the idea of greying hair. I used my own hair with extension of synthetic hair.

The cigarette holder and the dress are reminiscent of Breakfast at Tiffany’s, but the wonderful thing is that both movies were released in 1961. These styling elements were probably already in fashion with upper-class women and would have been picked up as visual signifiers of wealth. Today, wealth is much more difficult to decode in dress. As I went through the aisles of Le Grand Costumier looking for attire, I found this green dress, which look a bit like the strappy number she wears.

MAKEUP
With the makeup I tried to use the same colours she wears, green eye shadow, and red lips. I think she was meant to be portrayed as an-old fashioned glamour gal that didn’t age well so I decided to keep the liner a bit more 50s while the green is more reminiscent of the 40s and 30s eye shape. I wanted to make her look eccentric, which I think is the real nature of Cruella.